Posted on September 18, 2017 by gregoryjenks 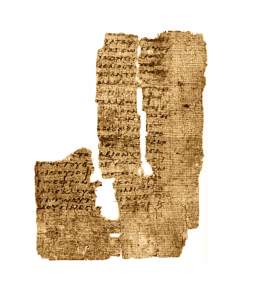 Gerald F. Hawthorne reflected on the four years he invested in research for his commentary on Philippians in the Word Biblical Commentary:

Four years with Philippians seems like a long time. And it is! Yet it is not time enough to grasp completely all of the richness locked away in this beautiful letter that Paul wrote to his friends at Philippi, nor to master adequately the mass of literature that scholars, ancient and modern, have produced in an attempt to express what Paul meant by what he wrote. [Gerald F. Hawthorne and Ralph P. Martin, Philippians, WBC 43; (Grand Rapids: Zondervan, 2004), 1.]

We have just four Sundays for our series on Philippians, but I hope that the insights we gain by paying attention to Paul’s ideas in this powerful first-century pastoral correspondence will help us shape lives that are holy and true. ‘Holy’ in the sense of sensitive to the sacred dimensions of our life, and ‘true’ in the sense of authentic, or genuine.

This brief ‘companion’ is neither a commentary nor a set of sermon notes. However, it is designed to provide an informed perspective on Paul’s letter to the Christian assembly in Philippi. There will also be an online version for those who prefer to access these notes on the web, and it will have live links to additional online resources. No matter which format works best for you, I hope you find these notes helpful.

Paul and his letters

The transport infrastructure created by the Roman Empire allowed the early Christians to send people between the emerging Christian communities around the Mediterranean. These emissaries often carried letters from senior leaders such as Paul, and it was the obligation of the messenger to deliver the letter with an oral performance. These key pastoral communications were heard, rather than read.

CHALLENGE: either read the whole letter though out aloud by yourself, or arrange for someone else to read it out aloud—and without you having a copy of the text.

Over time, local groups of Christians collected and exchanged letters sent to other nearby communities, as Colossians 4:16 describes: “And when this letter has been read among you, have it read also in the church of the Laodiceans; and see that you read also the letter from Laodicea.”

A large percentage of the New Testament is comprised of such letters, and there are several more within the Revelation to John. Several of the 26 ‘books’ in the NT are ancient letters attributed to various first-century Christian leaders, although critical scholars think only 7 of them are from Paul. By the end of the first century we know of a collection of 10 Pauline letters, and eventually 13 NT texts were accepted as Pauline. There are other letters not found in the NT that claim to be from Paul, which reminds us how influential his writings had become as time went by.

It is possible that the document we call Philippians is actually more like a file of Paul’s correspondence with the young church at Philippi than one single letter. Some scholars think that three different letters are preserved in this ‘file’:

No one doubts that the material is all from Paul himself.

The city is located in northern Greece was on the main East/West transport route, the Via Egnatia.

The city was founded in 356 BCE by Philip II of Macedon, the father of Alexander the Great, to take advantage of the rich gold mines in the area. During the Civil War that followed the assassination of Julius Caesar in 43 BCE, the city was made a Roman colony and it enjoyed legal and taxation privileges as if it were a city in Italy.

Substantial numbers of military veterans were given land grants to settle in its considerable (almost 2,000 km2) territories. It was a city of some 10,000 people, and the walled city area was almost 68 hectares.

As Hawthorne describes it, “the inhabitants were a people proud of their city, proud of their ties with Rome, proud to observe Roman customs and obey Roman laws, proud to be Roman citizens (cf. Acts 16:21).”

Paul and the Philippian Christians

According to the traditions preserved in Acts 16, Philippi was the first stop in a mission to four European cities by Paul: Philippi, Thessalonika, Athens, Corinth. The account in Acts suggests a dramatic visit that was very successful despite being cut short when Paul was expelled from the city:

We set sail from Troas and took a straight course to Samothrace, the following day to Neapolis, and from there to Philippi, which is a leading city of the district of Macedonia and a Roman colony. We remained in this city for some days. On the sabbath day we went outside the gate by the river, where we supposed there was a place of prayer; and we sat down and spoke to the women who had gathered there. A certain woman named Lydia, a worshiper of God, was listening to us; she was from the city of Thyatira and a dealer in purple cloth. The Lord opened her heart to listen eagerly to what was said by Paul. When she and her household were baptized, she urged us, saying, “If you have judged me to be faithful to the Lord, come and stay at my home.” And she prevailed upon us.

One day, as we were going to the place of prayer, we met a slave girl who had a spirit of divination and brought her owners a great deal of money by fortune-telling. While she followed Paul and us, she would cry out, “These men are slaves of the Most High God, who proclaim to you a way of salvation.” She kept doing this for many days. But Paul, very much annoyed, turned and said to the spirit, “I order you in the name of Jesus Christ to come out of her.” And it came out that very hour.

But when her owners saw that their hope of making money was gone, they seized Paul and Silas and dragged them into the marketplace before the authorities. When they had brought them before the magistrates, they said, “These men are disturbing our city; they are Jews and are advocating customs that are not lawful for us as Romans to adopt or observe.” The crowd joined in attacking them, and the magistrates had them stripped of their clothing and ordered them to be beaten with rods. After they had given them a severe flogging, they threw them into prison and ordered the jailer to keep them securely. Following these instructions, he put them in the innermost cell and fastened their feet in the stocks.

About midnight Paul and Silas were praying and singing hymns to God, and the prisoners were listening to them. Suddenly there was an earthquake, so violent that the foundations of the prison were shaken; and immediately all the doors were opened and everyone’s chains were unfastened. When the jailer woke up and saw the prison doors wide open, he drew his sword and was about to kill himself, since he supposed that the prisoners had escaped. But Paul shouted in a loud voice, “Do not harm yourself, for we are all here.” The jailer called for lights, and rushing in, he fell down trembling before Paul and Silas. Then he brought them outside and said, “Sirs, what must I do to be saved?” They answered, “Believe on the Lord Jesus, and you will be saved, you and your household.” They spoke the word of the Lord to him and to all who were in his house. At the same hour of the night he took them and washed their wounds; then he and his entire family were baptized without delay. He brought them up into the house and set food before them; and he and his entire household rejoiced that he had become a believer in God.

When morning came, the magistrates sent the police, saying, “Let those men go.” And the jailer reported the message to Paul, saying, “The magistrates sent word to let you go; therefore come out now and go in peace.” But Paul replied, “They have beaten us in public, uncondemned, men who are Roman citizens, and have thrown us into prison; and now are they going to discharge us in secret? Certainly not! Let them come and take us out themselves.” The police reported these words to the magistrates, and they were afraid when they heard that they were Roman citizens; so they came and apologized to them. And they took them out and asked them to leave the city. After leaving the prison they went to Lydia’s home; and when they had seen and encouraged the brothers and sisters there, they departed. (Acts 16:10–40 NRSV)

See also the brief reference in Paul’s earliest surviving letter to his troubles in Philippi:

You yourselves know, brothers and sisters, that our coming to you was not in vain, but though we had already suffered and been shamefully mistreated at Philippi, as you know, we had courage in our God to declare to you the gospel of God in spite of great opposition. (1 Thessalonians 2:1–2)

The young Christian community at Philippi seems to have maintained good relations with Paul after his brief stay, and they did not present the pastoral problems for him that we see in the nearby community at Thessalonika or in Corinth further to the south.

They expressed their support for Paul in very practical ways, including sending one of their own people (Epaphroditus) to provide financial and personal assistance while Paul was in prison. The location and date of Paul’s incarceration remains unclear, but the depth of the attachment between Paul and the Philippians is conspicuous.

Because Paul was not addressing pastoral and theological problems, his letters offer us a more personal insight into Paul’s own faith and also reveals his affectionate relationship with the people in this fledgling church community.

The correspondence preserved in Philippians is dated to late 54 and early 55 CE. This is just 25 years after Easter.

Anglican priest and religion scholar. Senior Lecturer in the School of Theology at Charles Sturt University. Dean, Cathedral Church of Christ the King, Grafton and Rector of the Anglican Parish of Grafton. Formerly Dean at St George's College, Jerusalem. The opinions expressed in my publications, including my blog posts, are my own and do not necessarily reflect the views and opinions of the Diocese of Grafton nor Christ Church​ Cathedral in Grafton.
View all posts by gregoryjenks →
This entry was posted in Bible Study, Sermons, Uncategorized. Bookmark the permalink.

3 Responses to Four Sundays with Philippians