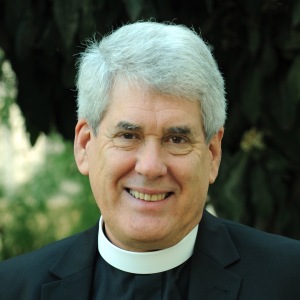 Bishop Sarah Macneil, Bishop of the Anglican Diocese of Grafton, has announced that the Reverend Canon Dr Gregory C. Jenks has been chosen as Rector of the Parish of Grafton and Dean of the Cathedral Church of Christ the King.

The official announcement is being made this morning in the Cathedral Parish and in the Parish of Byron Bay, where Canon Jenks is currently serving after returning to Australia from Jerusalem earlier this year.

Dean Jenks will take up his appointment as the eighth Dean of Grafton later this year, and will continue to serve as the locum priest for the Anglican Parish of Byron Bay until that time.

The Cathedral of Christ the King has both local and diocesan mission responsibilities. The Cathedral is the parish church for the Anglican Parish of Grafton, which includes the northern half of the city as well as two nearby rural centres: Copmanhurst and Lawrence. At the same time, the Cathedral has a prophetic mission to the city of Grafton, and within the Northern Rivers more generally, as well as its ministry within the wider life of the Diocese.

Greg Jenks is married to Eve James, who is manager of the Roscoe Library at St Francis Theological College in Brisbane. They have two adult daughters. Greg also has two other adult children, and two grandchildren.

For Canon Jenks this is a return to his roots in the Northern Rivers, as he was born and raised in Lismore.

Dr Jenks is a Canon Emeritus of the Cathedral Church of St George the Martyr in Jerusalem, and was previously the Dean of St George’s College in Jerusalem. Prior to his appointment in Jerusalem, Dr Jenks was Academic Dean of St Francis Theological College  and a Senior Lecturer in the School of Theology at Charles Sturt University.

Canon Jenks values his close links with Palestinian Anglican communities in Jerusalem, Nazareth and Haifa. He looks forward to developing mission partnerships and pilgrimage opportunities between the Cathedral and these faith communities in the Holy Land.

Dr Jenks is a co-director of the Bethsaida Archaeology Project in northern Israel, where he also serves as the coin curator for the dig, and is also the founding director of the Centre for Coins, Culture and Religious History. His research interests focus on the coins from the Bethsaida excavations, as well as other coins that illuminate the role religion has played in shaping human culture.

Dr Jenks is the author of several books and numerous published essays. His most recent books include Jesus Then and Jesus Now (2014) and The Once and Future Bible (2011).

Anglican priest and religion scholar. Senior Lecturer in the School of Theology at Charles Sturt University. Dean, Cathedral Church of Christ the King, Grafton and Rector of the Anglican Parish of Grafton. Formerly Dean at St George's College, Jerusalem. The opinions expressed in my publications, including my blog posts, are my own and do not necessarily reflect the views and opinions of the Diocese of Grafton nor Christ Church​ Cathedral in Grafton.
View all posts by gregoryjenks →
This entry was posted in Grafton Cathedral, News. Bookmark the permalink.

6 Responses to Cathedral Church of Christ the King, Grafton