The title for this post is a little confusing since we spent most of the day in southern Israel, but it was still the fourth day of our Jordan travel package.

We began the day with a delightful breakfast in the luxury of the Radisson Blu at Tala Bay to the south of Aqaba. Actually for me the day began somewhat earlier as I was up around 4.00am to make sure that those of our group who were returning to Australia before we crossed into Israel had a smooth departure from the hotel. It was sad to say goodbye to them in the early hours of the morning, but good to have made such special memories together over the past two and half weeks.

We left around 8.00am to make the short drive to the border crossing that celebrates the peace treaty between Israel and Jordan. This is a far more relaxed crossing point than the two further north, but the whole process still took about 90 minutes. We then said farewell to Alistair and Renée as they left us for the short flight to Tel Aviv and the beginning of their own travel plans. Our paths should cross in Jerusalem in a few days time, but the Bethsaida crew has now shrink to six, complemented very nicely by the arrival of another 9 travelling companions as we begin to head towards Jerusalem. The land is dry and rugged at this tip of the Red Sea where three countries meet (Egypt, Israel, and Jordan), and a fourth (Saudi Arabia) is visible just a few kilometres south of Aqaba. 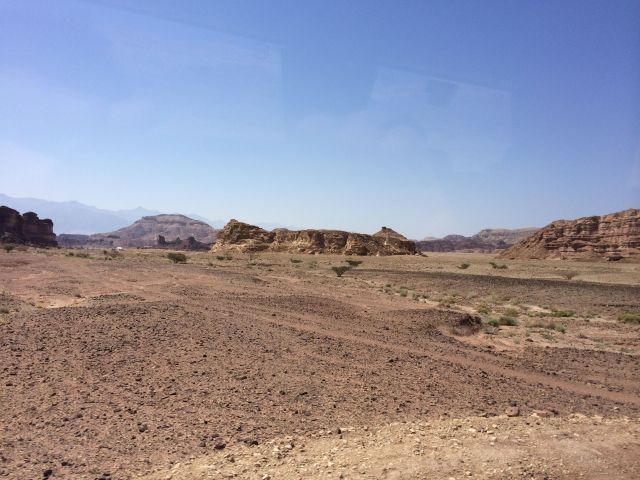 After meeting our new guide (Sayid) and driver (Akram), we drove towards Timna. This was an ancient copper mining area for the Egyptian kingdom, and I was eager for us to see the area and especially its temple for Hathor, with its mixture of Egyptian and Semitic religious symbols. In the first instance we went to the replica of the Tabernacle that has been set up in the Timna national park. 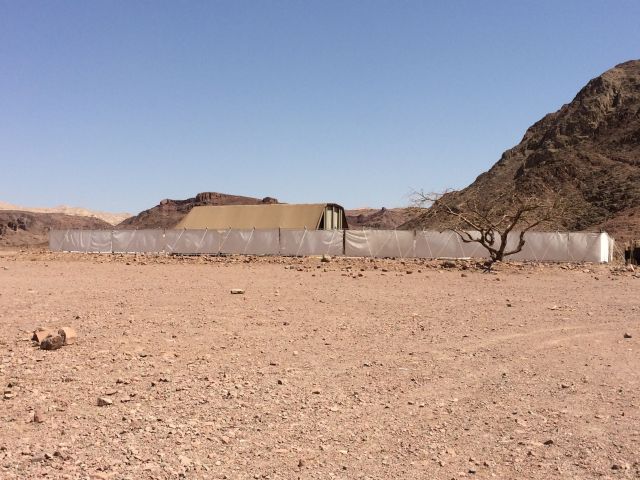 This project is an exemplar of the mixture of religion and identity politics that we encounter throughout this land that is holy to three great religious traditions. The location has been chosen because of its similarity to the deserts around Jebul Mousa (Mt Sinai) much further south in the Sinai Peninsula—an area that belongs to Egypt, and is not so easily accessed these days due to political problems. The large rocky outcrop above the replica Tabernacle evokes the traditional location in the Sinai for the original Tabernacle, although it is far more modest in scale. 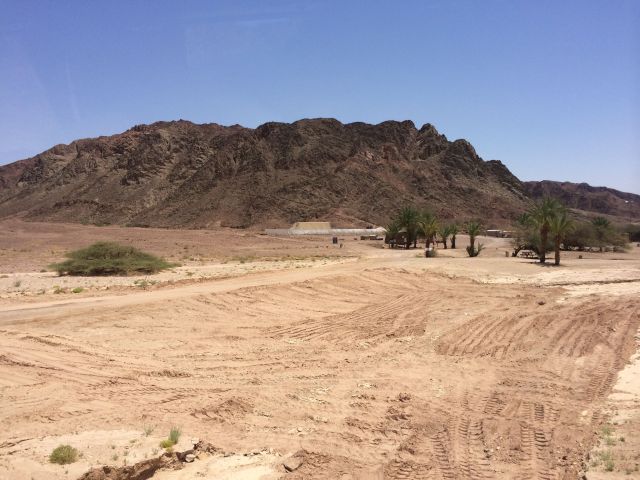 We were treated to a tour of the replica by an enthusiastic guide with a clear Kiwi accent. She offered a ‘mosaic’ of biblical references to tease out the significance of the tabernacle as a spiritual model for everything that has happened —or is yet to happen—in both Jewish and Christian religions. As an exercise in biblical or historical studies it was far from ‘kosher’. As an Fundamentalist exercise that showed no sensitivity to the interests of the group visiting the replica, it guaranteed that I shall never bring a group back here again. Yet it also served as a powerful example of how the biblical texts continue to shape the identity politics of this region, irrespective of the historical basis of the traditions or the hermeneutical models of the readers.

After leaving the replica Tabernacle we drove into the archaeological section of the Timna national park, including the massive stone formation known as ‘Solomon’s Pillars’. 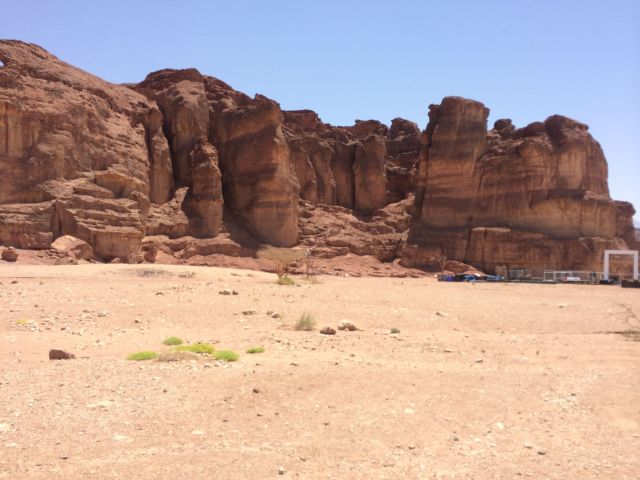 We then made a short walk to the ancient temple of Hathor, where there was an opportunity to reflect on the ambiguous relationship between stories that matter to people (and shape identity) and the historical materials recovered through archaeological studies. These hint at the sacred stories and religious practices of the ancients, but often leave us guessing about the details. 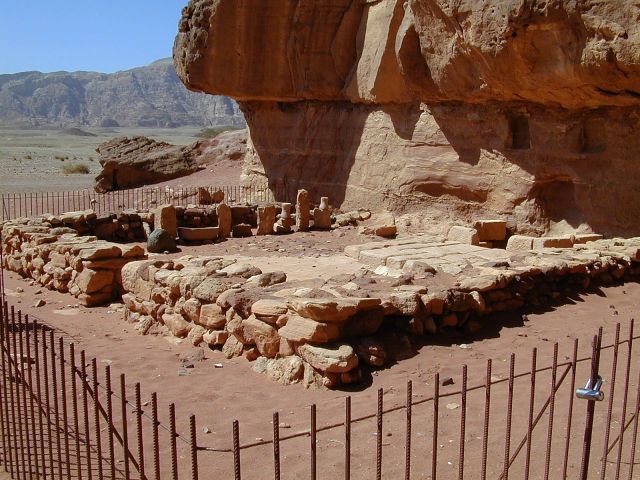 This complex and ambiguous relationship between ancient history, biblical narratives, holy sites, and contemporary spiritual practice will be often in our minds and our hearts over the next two weeks while we take the Palestine of Jesus course at St George’s College in Jerusalem.

Anglican priest and religion scholar. Senior Lecturer in the School of Theology at Charles Sturt University. Dean, Cathedral Church of Christ the King, Grafton and Rector of the Anglican Parish of Grafton. Formerly Dean at St George's College, Jerusalem. The opinions expressed in my publications, including my blog posts, are my own and do not necessarily reflect the views and opinions of the Diocese of Grafton nor Christ Church​ Cathedral in Grafton.
View all posts by gregoryjenks →
This entry was posted in Uncategorized and tagged Aqaba, Eilat, Jordan, Timna. Bookmark the permalink.