Posted on October 2, 2019 by gregoryjenks 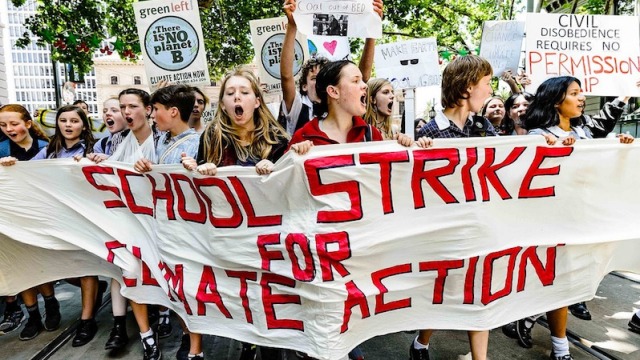 In the last couple of days, there has been some controversy around the comments made by the Principal of the Coffs Harbour Christian Community School in a newsletter distributed last Friday, the last day of term three.

You can read the comments of the CHCCS Principal by downloading their newsletter from the school website.

I became aware of this controversy when I was contacted by the Coffs Harbour ABC radio station with a request that I comment on the CHCCS Principal’s message in last week’s school newsletter.

My concerns fall under three categories.

My first concern is that the Principal seems to think that his views on climate change carry more weight than the collective research undertaken by thousands of independent scientists whose work is reviewed and assessed by the Intergovernmental Panel on Climate Change.

Such an attitude would be a deep concern in any context but is especially troubling when it is promoted by someone who leads an educational institution. Schools are essentially places of learning. Wilful ignorance—whether in the form of so-called ‘creation science’, anti-vaxer campaigns or climate change denial—has no place in schools.

We need to be teaching children to think for themselves and navigate competing truth claims, rather than distract them from the best science currently available to serve some other agenda.

In this case, the CHCCS Principal appeals to the ancient myth of a giant flood, which he describes as “the first, and only, complete catastrophic climate change”. Apart from the stunning ignorance in such a claim, this is a naive approach to the Bible which reflects the biblical fundamentalism promoted by the school’s own Statement of Belief. This statement can be found on the back page of the School’s Prospectus, but—oddly—is not easily accessed from the school website.

Such an approach to the Bible ignores and demonises more than 200 years of critical biblical scholarship. CHCCS and their local Baptist owners are not unique in holding such views. Indeed their form of Christian fundamentalism has a lot in common with other forms of religious extremism which reject the insights flowing from the natural and social sciences, while appealing to ancient traditions with no intellectual credibility. Needless to say, such religious communities and their institutions, neither prepare people for the modern world nor offer safe places for gender-diverse persons. Like all forms of fundamentalism, Christians who espouse such views promote toxic forms of religion and do not represent the best spiritual wisdom of the Christian faith.

The intellectual and religious objections to the views expressed in the recent newsletter from CHCCS are significant, but the final objection is perhaps even more important.

While appealing to an indefensible reading of Scripture to support his rejection of the best currently available climate science, the Principal of CHCCS went to an even darker place. Not content to ignore science and twist the biblical texts, he launched an attack on the young Swedish activist, Greta Thunberg, as a “little girl with self declared (sic) various emotional and mental problems”.

This is unconscionable and especially so for an educational leader with a professional obligation to protect vulnerable children. Neither her small stature, her age nor her mental health are appropriate targets for such an attack by a powerful male figure. What message does it send to young children in CHCCS or in the wider community, let alone anyone living with physical disabilities or mental health issues? And all this while ingenuously claiming to be concerned about unnecessary anxiety among his students and other persons connected with the school.

Bishop Druitt College is a large Anglican school based in Coffs Harbour and serving the same region as Coffs Harbour Christian Community School. BDC encouraged students to participate in the recent school strikes for climate action. More than that, they also provided buses to transport students to and from the rally.

More recently, the Principal of BDC has issued a statement on the school’s Facebook page about the approach which his school takes on the climate change issues. I will quote just the final couple of sentences from that statement:

At Bishop Druitt College, we applaud Greta’s integrity, courage and her sense of social justice. It should also be noted that these three values are part of our set of college values.

This coming Sunday at Grafton Cathedral we will be hosting a seminar on faith-based responses to climate change, presented by the Revd Peter Moore. The seminar is open to the public and free of charge. No need to be anxious about climate change, come a learn how people of faith can respond to the crisis with courage, hope and science.

Fr Moore is an accredited climate change workshop facilitator and a member of ARRCC (Australian Religious Response to Climate Change). In this session, we will be updated on the latest data as well as practical ways for people of faith to respond to the crisis our planet is now facing.

Anglican priest and religion scholar. Senior Lecturer in the School of Theology at Charles Sturt University. Dean, Cathedral Church of Christ the King, Grafton and Rector of the Anglican Parish of Grafton. Formerly Dean at St George's College, Jerusalem. The opinions expressed in my publications, including my blog posts, are my own and do not necessarily reflect the views and opinions of the Diocese of Grafton nor Christ Church​ Cathedral in Grafton.
View all posts by gregoryjenks →
This entry was posted in Grafton Cathedral, Reflections. Bookmark the permalink.